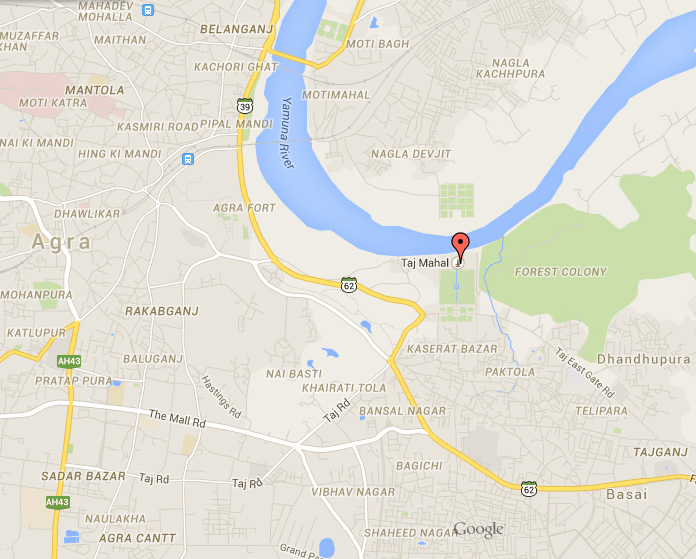 It's the city of Agra that has received the honor of having one of Seven Wonders of the World, the Taj Mahal: an abode for eternal Love, in its courtyard. Located in the northern state of Uttar Pradesh, India, Agra has been one powerful city since the medieval times. The city finds mention in the epic Mahabharata and later gained recognition as the capital of Mughal Empire from 1526 to 1658 under the emperors Akbar, Jahangir, and Shah Jahan. At that time, the city of Agra was also known as Akbarabad. Till date, it remains a major tourist destination, courtesy three of the most famous Mughal era buildings like Agra Fort, Fatehpur Sikri, and most notably the terrific Taj Mahal, all three of which stand as the UNESCO World Heritage Sites. The Taj Mahal in particular, built by Shah Jahan in the memory of his beloved wife Mumtaz Mahal, is one of the most recognizable buildings in the world and is visited by millions of tourists annually.

The location for Taj Mahal was clearly a well thought out decision by Shah Jahan who chose a peaceful site about one and a half miles away from Agra at the southern edge of the city at the banks of river Yamuna. This location also had a strategic importance for the emperor, as it could be seen from his palace in the Agra Fort. The closeness to the river Yamuna not only gave this location a scenic edge, but also met the need for water during construction purposes and laying out the garden. Moving on to the Taj, the entire complex consists of a number of buildings comprising of a mosque, a guesthouse and the mausoleum, housing both the tombs of Mumtaz Mahal and Shah Jahan. A long and beautiful walkway leads to the main mausoleum, which is built of pure white marble. Four waterways divide the gardens that stand in front of the Taj into four parts and then, meet in a pool at the center. It is believed that half of the beauty of Taj Mahal comes from this strategic location where it stands.

With Taj Mahal being in the premises of the Agra city and the city itself being the 19th most populous city of India, getting to it and the stupendous Taj Mahal isn't much of a problem. The Taj Mahal is located within 6 km of distance from the Agra city centre and is easily accessible by auto rickshaw or a cab. With the city being well connected by national highways, it is easily accessible through road from all major cities in India. The three railway stations: Agra Cantt, Agra Fort Railway station (from where the Taj is at 10-15 minutes of walking distance), and Raja ki Mandi connect almost all cities of the country and make access to the city of Taj an easy affair. For those who are extremely busy but still do not want to miss an opportunity to immerse themselves in the beauty of the Taj Mahal, getting to Agra by flight would be the easiest way out. Agra airport, which is around 6 km from the city centre, has Indian Airways' flights flying in and out on a daily basis.