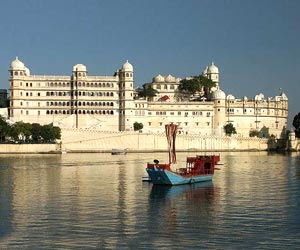 Day 01: Delhi
As soon as you arrive at Delhi, you'll be welcomed by our executives in a traditional Indian manner and they will escort you to the hotel where after settling your baggage you will be taken straight away on a tour to Delhi. You'll visit Jama Masjid, Red Fort, Raj Ghat, Birla Temple, Bahai Temple, Qutub Minar, Humayun's Tomb and finally, to the recent gem in the crown of Delhi, the Akshardham Temple.

Day 02: Delhi - Agra - Jaipur
After an early breakfast you'll be driven to the railway station from where you'll board Shatabdi Express to Agra. As soon as you reach Agra you'll be taken to the Taj Mahal, which is one of the Seven Wonders of the World. It stands at the bank of river Yamuna as a symbol of eternal love. Erected by the emperor Shah Jahan in the memory of his beloved wife Mumtaj Mahal, it took 20, 000 craftsmen 22 years to build this structure. After Taj, you'll visit other places like the Red Fort built by Emperor Akbar and Itmad-ud-Daula's Tomb. Later during the day, you'll be driven to the railway station to board a train to Jaipur. You'll be welcomed by our representatives at your arrival in Jaipur and they will escort you to the hotel where you'll stay overnight.

Day 03: Jaipur
Breakfast will be provided at the hotel after which you can visit the local markets and shop or can layback and relax at the hotel. Later, during the day you'll be visiting the City Palace. Afterwards, you will visit the Wind Palace popularly known as Hawa Mahal and Jaipur Observatory, popularly known as Hawa Mahal, which was built by Emperor Jaichand. You'll return to the hotel for overnight stay.

Day 04: Jaipur
Day four of the trip and day two at Jaipur would forward you a never-felt-before experience as you get a taste of the royal and imperial life, as an excursion to Amber Fort at the back of an elephant awaits you. Savor every bit of the ceremonial and regal ambience. Amber Fort is an architectural delight and consists of some prominent buildings such as the Diwan-e-am, Kali Temple and Jai Mandir along with magnificent marble palaces and gardens. Post such a stately trip, you would be taken back to your hotel wherein you would rest for the night.

Day 05: Jaipur - Udaipur
Breakfast will be served at the hotel after which you can relax and enjoy the indoor recreation activities provided by the hotel. Contrarily, you can also visit the local flea market and pick up excellent Indian stuff at comfortable rates. Later during the evening you will be driven to the railway station from where you'll board an overnight train to the city of Udaipur, popularly known as the City of Lakes.

Day 06: Udaipur
As soon as you arrive at Udaipur, our representatives will receive you at the station. They will escort you to the hotel, where you will stay and relax for rest of the day. In the evening, you'll visit Lake Pichola where you will enjoy a shared cruise of the lake. Later, you would return to the hotel for an overnight stay.

Day 07: Udaipur
After the breakfast you will be taken sightseeing visiting The City Palace Museum famous for its demonstration of the Rajput culture, Jagdish Mandir, Sahelion ki Bari, Bhartiya Lok Kala Mandir which is a museum for Indian folk Art and Pratap Memorial a building built in the memory of Rajput warrior Maharana Pratap. At afternoon, you can enjoy the leisure time visiting local flea markets or relaxing. Overnight would be at the hotel.